A couple of weeks ago, I had all-but-decided to put the Big Green Loom (like the Big Friendly Giant, only BGL) up for sale. This November would be two years since Dad and I drove up to Trumble County to pick her up, and I haven't done a thing to even start weaving on her. My "weaving room" had morphed into a sewing/fabric stashing/cover the loom bench with clothing-for-fabric kind of mess, and I hadn't worked in there since the fall.
I had all-but-decided that I should try to sell the BGL, and throw in my towel on ever attempting to weave a rug. And then two things happened:
--I found a standing inkle loom on Craiglist--already warped with a project and started to finish it--
--And I realized that the former Junk Room, which I cleaned out so nicely, was basically three-quarters of an empty room I'd been using to dry clothes and nothing else.
So today, I started cleaning and rearranging and sorting and moving. 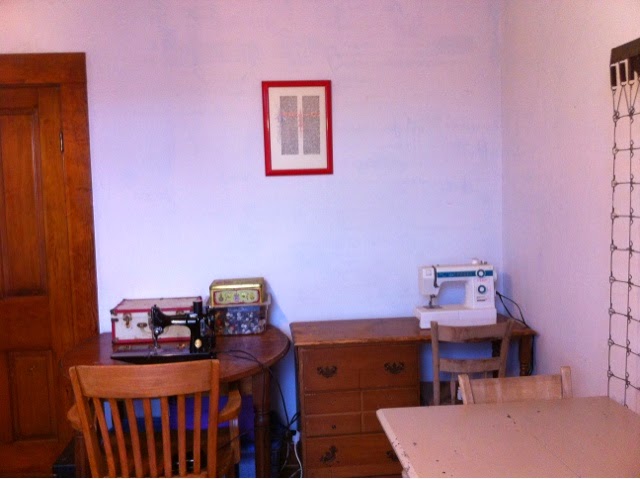 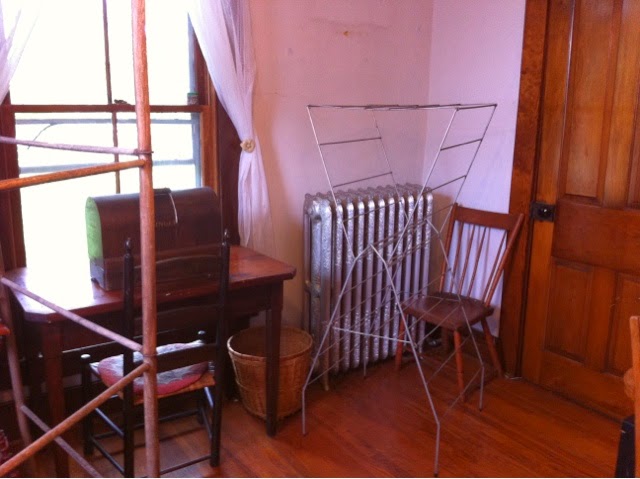 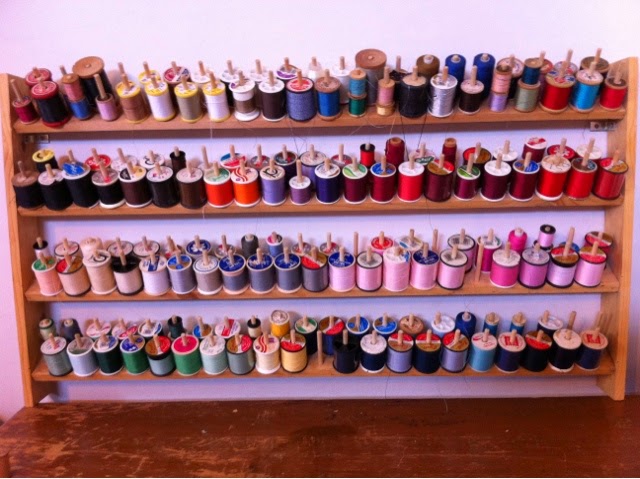 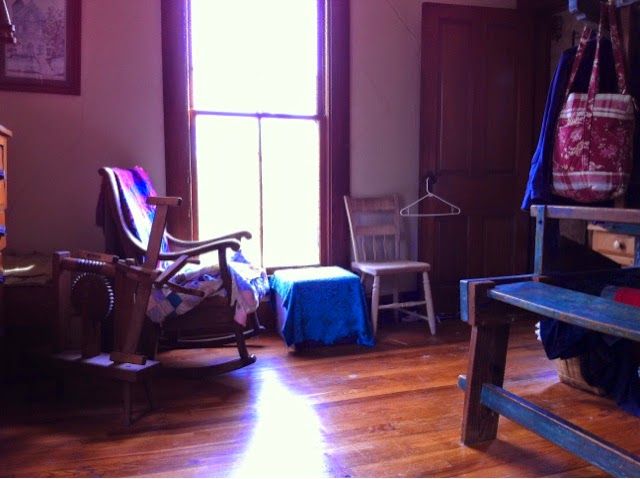 And I moved all the sewing machines, tables, and the like into the Former Jjnk Room. Which freed up a lot of space in the weaving room. Space enough to bring a Great Wheel up in that room, and space enough to move the BGL away from the wall so I could... actually... warp it, which is still going to take some time, but I have a better chance of finishing, now.
I got a lot done today. I have a pile of quilts and blankets and clothing-for-fabric to wash, too. And I also have more rearranging:moving/decluttering/etc. to do downstairs.
But for the first time in a long time, walking into those two rooms brings me joy. And although I have a lot of work yet to do (especially in the Former Craft Room), I feel confident that I can get it done.
Email Post