A few years ago, I found a small enameled cast iron dutch oven on Ebay for a really nice price. It was only marked "Made in France", and I had no idea who had made it until I came across another one that had the paperwork still with it, identifying it as a Basix by Staub, a line of inexpensive dutch ovens brought out by QVC in the late 90s/early 2000s.

Staub, of course, is a well-known manufacturer of lovely and practically indestructible enameled cast iron dutch ovens, but this line was a new one for me. I tried to research it on the internet, but came up with little information; an expired listing on the QVC website and a couple mentions at chowhound and the like. Every once in a while, I'd come across another one on ebay; some of them made their way into my kitchen.

Since there's not a lot of information out there about them, I've taken pictures of the ones I have at the moment to share with anyone else who might be looking for information.

All Basix dutch ovens are marked "Made in France" with a number corresponding to the size (I'm not exactly sure what the numbers mean.) The small ones are #18, the large is #26. There are also oval ones out there, but I don't own any of those. 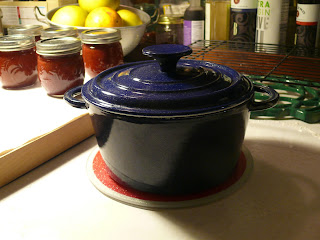 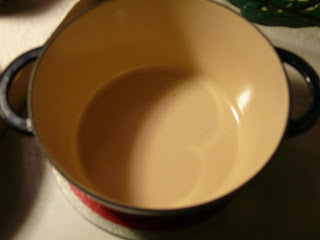 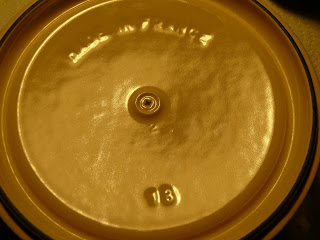 The small dutch ovens hold about 1.75 quarts, and are great for small batches of soup (I use mine a lot when I'm cooking dry beans) or porridge or just about anything, really. The large one that I have is probably about 5 quarts and holds a whole chicken and vegetables very nicely, among other things.

According to the paperwork, they are oven safe to 500 degrees F, which means they would be totally compatible for dutch oven bread baking (although I have other dutch ovens I use for bread.) 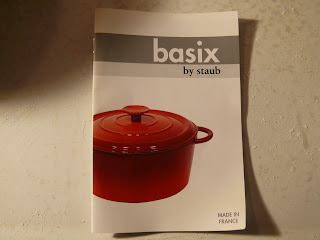 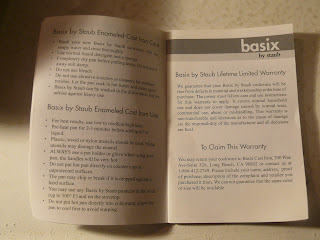 They are wonderfully well-made and inexpensive dutch ovens that you can sometimes find for a song on ebay (the least amount I've paid was $12 for a small one) and can potentially last a lifetime with proper use. As with all enameled cast iron, wooden or silicone utensils only, not metal, and you'll want to handwash your pots.

Hopefully, if you found this page looking for information about your Basix by Staub dutch oven, you'll leave with a little more knowledge. :) And good luck finding more of them! 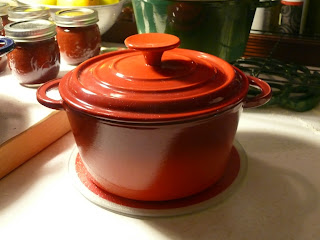 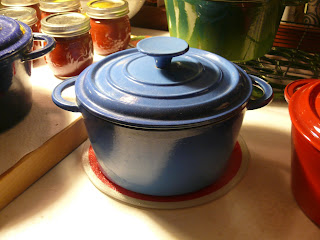 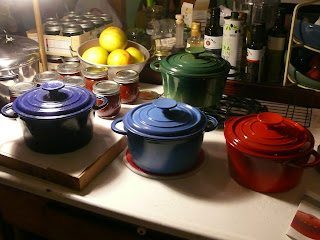 All four small ones together; dark blue, medium blue, green, and red. 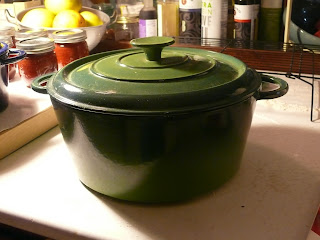 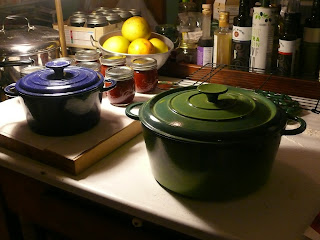 Size comparison between large and small.

Grey Walker said…
What beauties!
9:52 AM