Skip to main content
May 21, 2013
My 22nd book was published today! The Lost, Book 3 of the Beth-Hill (Wild Hunt) series. (Formerly titled Scarecrows for those of you following my blog.) 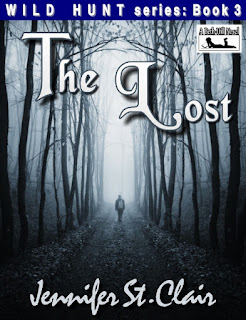 Almost sixty years ago, Darkbrook opened its doors to students of *different * natures, sending out letters of invitation to the elves, the dragons, and... the vampires. The three who responded banded together despite their differences, and vanished only weeks later, along with an entire class of students and their teacher.

Someone summoned a demon to Darkbrook and trapped that demon in a body the shape of a human boy. That demon is still in Darkbrook after sixty years, and all he wants to do is go home.

The Wild Hunt has healed, and grown closer together, keeping the forest safe and secure for those who live there. Malachi has adapted to Josiah's spell, but when the demon boy disrupts this new-found calm, the Hunt--and those they protect--are thrust into a struggle that should have ended almost sixty years ago--when a vampire, an elf, and a dragon--among others--vanished into the Mists.